Being a mom of 2 and a full time housewife and hands on mom and also hands on in the kitchen, going to groceries or supermarkets is a normal errand for me. I’ve learned to compare groceries, memorize prices, and know where certain products are available or not. I’m sure many moms and anyone who loves grocery shopping can relate.

We frequent S&R supermarkets ever since they opened. But last year, a new player in membership shopping amd superstore business entered the playing field and it’s called Landers. The hype was everywhere in social media and everyone seemed interested to check out the place. But due to our home’s location and because last year I just gave birth when they launched, (I was mostly at home taking care of the kids or I was busy going to nearby places only) I could’t verify the positive and negative feedbacks. Visited the place on its usual normal business day operation. I really don’t fancy taking pictures when I’m in the grocery since enjoy the moment or concentrate every time.

S&R is owned by Lucio Co. He also owns Puregold Price Club Inc. and all S&R stores. Leonardo B. Dayao oversees the operations of his companies. They also brought here in the Philippines the famous Japanese convenience store chain Lawson. S&R has more than 10 branches around the Philippines.

While Landers is owned by businessman Luis Yu, Jr. He is known to be a mass housing developer with a company called 8990 Holdings. As of now, they have 3 operating branches with their Balintawak branch as their flagship store (this is previously the bus terminal of Philippine Rabbit) and a branch in Cebu that will open soon too.

They created another membership shopping hype last year. I then recalled the first famous membership shopping superstore back in the 90s – Makro. Do you remember that? Everyone felt so excited to enter as members and they sell a lot of stuff too. People flock to buy their good deals and they also have local and imported goods. Makro was more on for the wholesalers- those who have businesses or household that buy in bulk.

A lot of people are comparing S&R and Landers since they are the most similar but still with noticeable differences. And so now that we moved to a new home and I am nearer to the main Landers superstore, I finally visited the place. Since I’m not so much of a fan of fads and pop culture, going to this place without the hype and the people they invited for press release is perfect. I saw the place on its usual weekday operation just like how I go to S&R on a regular weekday too. I can’t help compare the 2 to be honest and so here’s my honest take on these 2 competing superstores. I didn’t have time to look at all products in detail. I just scanned and checked what we needed at home at the moment.

Love how S&R feature even small new products like the ones below with details. They actively reply in social media too.

It’s hard to compare the food available since from experience, some get out of stock in some months and there are regular new items that appear too. Sometimes, if you see them on the shelf, chances are they’ll be gone when you go back or that can still be there (if not sold). I usually call S&R if I need to know which branch has the item I need so I don’t waste time in traffic to find out if they have it in a particular branch. They will gladly check it for you.

Here are my few shots of Landers on a regular weekday. 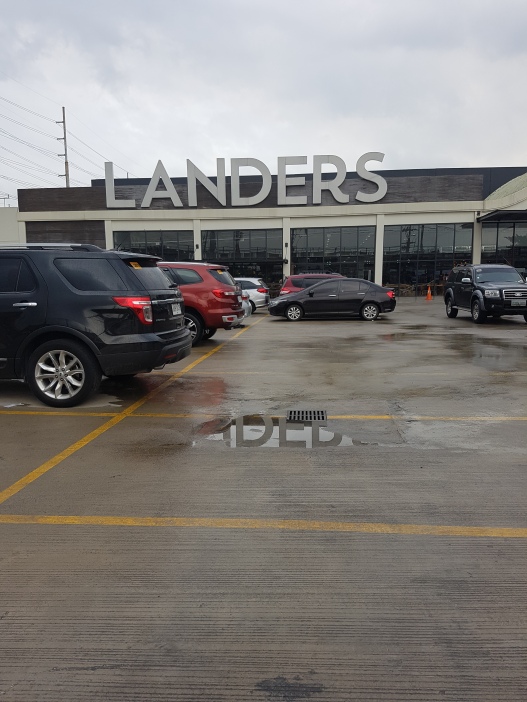 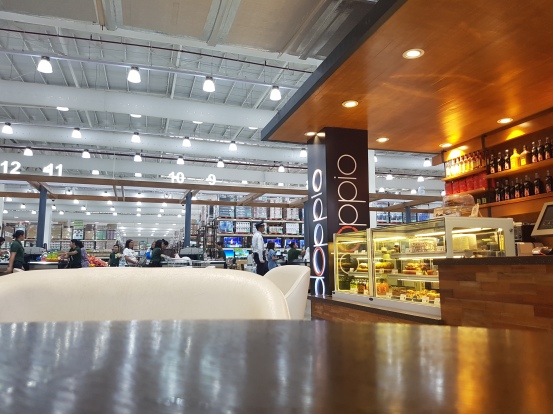 Landers will know how they faired on their first year of business this coming June 2017 as they celebrate their first year. The first batch of membership cards issued will expire. The number of people who will renew will determine somehow how successful the venture is too.

Let’s be honest. It’s quite hard to beat a big player and an experienced player too but with the right motivation and strategy, of course business giants can still be beaten. Business is not just for profit, to survive a business also needs to reinvent, reintroduce, and modernize. It’s a never ending process.

For the brand-conscious people and want imported buys, Landers is another place for you. As for me, I don’t see any need to go back to Landers regularly for a good buy for the home or for personal use. Maybe there are products that I can only find there but there could be an easy substitute when I go to S&R or in other groceries or supermarkets. But I’ll take maybe my husband and some guests (if any) to eat and for the dining area’s cozy ambiance.

People say it’s like Costco but I don’t think so. It’s S&R that’s like Costco! From our  last trip to New Jersey and California, their dining areas are not as exclusively-looking and cozy as that of Landers’s. Landers reinvented the superstore experience but hoping it’s sustainable.

May next time I can share comparisons of products per supermarket? Just wait and see 🙂

We needed to buy some stuff for the kids like diaper and wipes so we rushed to a place where we think there are not much people and an opportunity for my husband to check the place out for the first time so we went to Landers this time. So I’d still go to S&R next time. No diapers for our kids- Mamypoko (they only had pants type which I don’t prefer) and no good wipes. I was hoping to get a good olive or cooking oil but the packs were too big and expensive. Since we just came from S&R a week ago (and the placed was restocked and full of new products), Landers still didn’t come close to our expectations. We went on a Sunday and we were surprised there were no long lines or some counters didn’t have a line at all. Good for us since we paid after going around quickly to scan the store. Usually my husband “hoards” stuff in the grocery but this time, he just said “Good thing there was no traffic going here.” What do you think he meant by that? I’ll leave it hanging for you.

“These days, my idea of living dangerously is going grocery shopping without a list”

Looking for something? Search here